Vacation Does Not Count Chapter 3, "The Driver"

We stepped off the plane in Jamaica and the company rep was waiting with our car. Because of work and social obligations with the large company staff in Jamaica, Sondra and I had little time to misbehave. Finally, we were finished, and at our host's suggestion, we asked the chauffeur, Samuel, to come up to our room to arrange an island tour the next day (our last full day on the island). Samuel was a good-looking man, older than us, very black, with a trace of gray at his temples, and that wonderful island accent. Sondra and I had been drinking since lunch, and I offered Samuel one, which he accepted. After talking about the different island sights and routes we could take, Samuel asked to use the bathroom. Sondra smiled at me and said, "Did you see the huge lump in Samuel's pants?" I smiled back, "And I guess you plan to investigate further?" Just then, Samuel returned and sat down. We talked a little more, and then I said I was tired and would see Samuel in the morning. Sondra and Samuel talked small talk for a while, as I laid in bed and listened through the partially open door. Finally, I heard Sondra ask, "Do many women come to the island for more than a vacation?" "Like what, Missus?" "You know, like for excitement. Maybe something they couldn't get or do at home." "Well, I'll be very frank, Missus. An awful lot of white women come down here to get laid by the natives." Sondra laughed. "Why, Samuel? Is the myth about size true?" "I can't talk for all, Missus, but for me, it is no myth." By this time, I was out of the bed, peering into the room from behind the door.

"Can I see for myself, Samuel?" Sondra asked.

Samuel stood and dropped his slacks. He wasn't wearing anything under them and a large, black dick hung between his legs.

"You want to touch it, Missus?" Sondra nodded and reached out with both hands. Both Sondra and I watched as Samuel's cock grew and hardened in her hands. Sondra leaned forward and sucked the head into her mouth.


"Oh, you are good, Missus. Maybe you want to feel it inside your pussy?" Sondra looked up at Samuel, "I think it's too big! I don't think I can." "You can Missus. Let me try. I won't hurt you. You'll like it, you'll see." Sondra stood and stripped off her clothes and lay back on the sofa, placing one foot over the back, and the other far out on the floor. Both Samuel and I had a perfect view of her pink, wet pussy.

Then Samuel positioned himself at her cunt and began pushing his erection into my wife.

"That was wonderful, Samuel." "Yes, Missus, for me, too. But, I best go, now. I will be here tomorrow morning for your tour. I thank you very much for this, Missus." Sondra stayed on the sofa as Samuel dressed and let himself out. I ripped open the door and stood over her.

The next morning, Sondra wore a white strapless sundress with nothing on under it. Samuel acted as though nothing had happened as he helped us into the car and began the tour. As we took in the sights, I noticed Sondra and Samuel playing eye games in the mirror. I could see Sondra's hard nipples through her dress, and I was sure she was ready for a repeat performance of last night. After lunch, I pretended to fall asleep in the back seat of the car. At one stop, Sondra got back into the car in the front seat with Samuel, and I could tell her hands immediately went to work on his tool. Soon, her head disappeared below the seat and I could hear her moaning and slurping. Then, the car stopped and the doors opened and closed. Chancing a look, I saw Samuel spreading a blanket in a small grassy area. He then lay down on his back and his already hard cock stood straight up. It really was a big size! Sondra lifted her dress and straddled Samuel's hips and slowly lowered her cunt down on to his prick, moaning and grunting the whole time. Samuel pulled her dress down off her tits and began pulling on her nipples as she humped his cock. She was soon screaming in one orgasm after another and collapsed on Samuel.

After a few minutes, they reassembled themselves, Sondra got back into the back seat and we returned to the hotel. I tipped Samuel lavishly when he dropped us off at the airport the next morning. 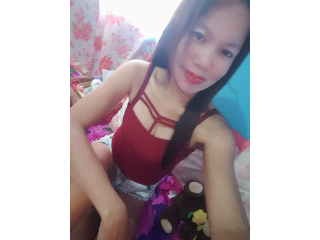 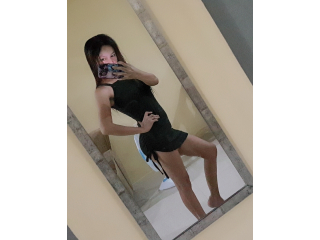 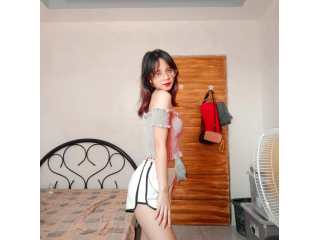